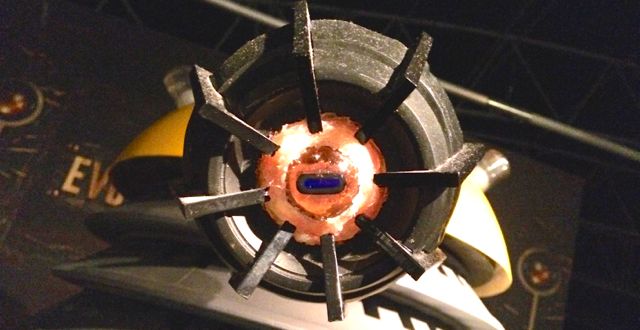 We spent a week in Cardiff and I have to say I really like the city. It was very different from Edinburgh which I liked as well.

Cardiff is a very modern city. Much more like American cities. Yes, it still had a castle in the middle of it and the house we stayed is was kind of “new” being built around 1920. But Cardiff has undergone a rejuvenation over the last couple of decades from a industrial port city to a cosmopolitan business and media center.

They like to say it is the youngest capital in Europe because it is the capital of Wales, which the Welch consider its own country. It is a new capital because the English just gave them back – devolved – some self rule in the last decade or so. But I think of it more like a state than a country, but that may just be me.

In every town in the UK they have a High Street. It is normally named this, but often that term encompases more than one street. The High Street is the main commercial shopping area. It has the majority of shops and many eating places. A smattering of banks and a Ladbrokes which is a sports betting chain here. As the High Street gets more popular, the road is often blocked off and it becomes a pedestrian only area.

So when you go to a new city and want to shop, you know to find out where the High Street is.

In Cardiff the High Street is more than one street. Doing a quick mapping thing, the area is about 92 Acres, 14 by 11 blocks. Some of this is enclosed completely, others parts are open areas. Much of it is blocked off to vehicles, and in the open outdoor areas you’ll often find street performers doing their thing. I even saw a street preacher on a literal soapbox speaking the truth in fire and brimstone. And people were listening.

Interestingly Google Maps will give you walking directions through the “mall” parts because it still thinks of them as streets. I get the impression they just closed off an outdoor mall and made it an indoor one. At least metaphorically, the architecture doesn’t look like it was ever designed to be outside.

Another area of new development is around Cardiff bay. It’s called Cardiff Quay pronounced “key”. When shipping dropped off for the port the city decided to create a upscale business and entertainment zone around it. The new Welch Parliament building is right next to the water. The Millennium Center which is a beautiful performance and arts space. There’s a lot places to eat and it is very tourist focused.

It also the home of…

The Dr Who Experience

Whenever people asked why we came to Cardiff, I somewhat sheepishly answered “Dr. Who”.


I don’t think your average Brit understands just how popular Dr Who is in the States right now. Our hosts said they’d had other guests who came just to do the Dr Who Experience.

What is the Dr Who Experience? It’s a cross between a amusement park ride and a museum to the TV show.

The first floor is an “experience”. You walk through an an adventure that takes you from Starship Britain, lets you pilot the TARDIS, and run around with the Dr.

The second and third floor….wait I’ve got that all wrong.

The Ground Floor is the experience. The First and Second floors are the museum. The Brits don’t start numbering the floors until there is more than one.

The upper floors exhibit everything you could ever want to see from the show. There are at least 2 complete TARDIS consoles – the very first one rebuilt for the 50th anniversary special, and Tenent’s last one. Smith’s first console is part of the ride part of the experience. There is also the costumes of every Doctor. Costumes of most of the new companions from Rose through Claire. The top floor has props and monsters.

I took detailed pictures of everything and you can see them in my Dr Experience Album on Facebook.

I’ve noticed that my way of experiencing a place tends to include buying something. I now own a Scottish and Welsh flag for instance. At the Experience I wanted something unique and maybe subtle. Turns out they have a very nice Dr Who watch. If the band didn’t have the police box stuff on it, I don’t think anyone looking at it would realize it was Whovian at all.

I could go on about Cardiff, but I think this gives you a good understand of the place and my view on it.