Looking back at 2013 I was trying to come up with an ending to the line “2013 was the year of…” While thinking about it I wondered â€œWhat will 2014 be the year of? Maybe I should pick a theme.” 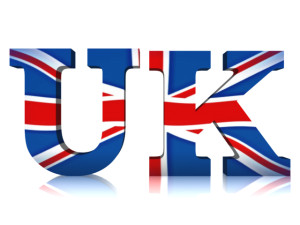 Declaring it the year of the UK is easy because we are planning to go live there for 3 months. It isn’t so much a vacation as an experience.

Ever since I read The 4 Hour Work Week I’ve been fascinated with the idea of mini retirements. Working for someone else has kept this from happening but now that I work for myself and can do my work anywhere I can get an internet connection it is possible. Having a wife whose work has the summers off also helps.

We picked the UK because I’ve always wanted to go there, I (mostly*) speak the language, and we’ve got tickets to Loncon (WorldCon 2014).

I think most American’s has some level of fascination with the motherland. I’m no different. I want to see where Dr Who is made. Want to be where all the women have a sexy English accent of some kind. BTW: how does such a small country have so many accents?

Saying a speak the language has been interesting. I remember telling a British medic I interviewed on my EMS podcast that we were two countries separated by a common language. There are just so many words that mean different things. Looking for a place to stay two friends suggested I look at AirBnB.com. Their London page inspired this twitter conversion.

The World Science Fiction convention is the oldest and maybe most important convention in the Science Fiction and Fantasy genre. Especially in the literary area, where it awards the Hugo award. Every year it is in another location and this year it was in San Antonio. Being so close we couldn’t miss it and attended it for the first time. We got hooked and immediately bought memberships to next years in London. Then it was just a matter of deciding we wanted to make it a longer term stay. 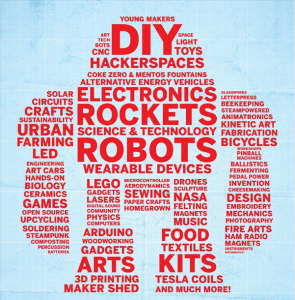 I’ve been dabbling in Making – which I refer to as high tech DIY – since we went to Maker Faire two years ago, but this year I’m going to get more focused.

I’ve got three projects in my mental que for the year. The Shower computer, a sleep computer, and Killer Robot Heels. More on what those are to come.

These two themes do seem like they might conflict. When we go to the UK we’re traveling light. The idea is to only bring 1 bag for clothes and such, and only my laptop. I have a whole room full of stuff I use for making. Seems I will have to take the summer off of making, which does seem non-thematic.

I did think yesterday that maybe I can combine them. I’ve wanted to be part of a makerspace since I started making, but there isn’t one in Abilene. But there are at least 3 in the UK. Maybe I could be a “traveling Maker” at one of them and combine my two themes for the year.

There’s a lot of prep work and planning to be done for the trip, though we plan to mostly wing it. There’s also a lot of mental work to do as well. It’s a little scary to decided to travel half way around the world and live in a strange place. But that is what makes it an adventure.

Hopefully I’ll be blogging more this year and sharing these adventures.