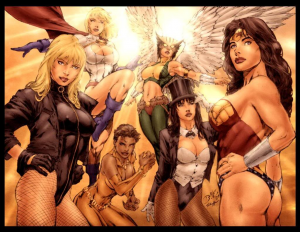 So you’ve decided to go to the coolest birthday party of the year and you have come as a super hero. How do you pick one?

If You Are Geek

You probably already have some preferences, and a lot of choices to go through.

If you are a little pear shaped, picking a super hero that wears spandex may not be the best choice. It could be the fun and bold choice no matter what hero, but as a geek, you probably want to be the super and not parody it.

Or embrace your rotundness and pick a rounder superhero/villain. The Penquin, out of shape Mr. Incredible, Night Owl in the Watchman graphic novel – they buffed him up for the movie, and Author the Moth, the Tick’s sidekick.

You know how hard it is for find a blonde male superhero? Harder than you think. Well if you want to go with your natural hair, you may narrow your choices right out of the box.

One attendee of the party has white hair. Immediately I think of Storm. But my friend is white and Storm is black.

Notice how the comic artist design costumes so they go with hair color? Poison Ivy’s costume has to be green, so her hair is red – the complementary color.

Think about your favorite super hero. Now start removing stuff from their costume. What is the minimum stuff that has to be there for it to be your character? You don’t have to have the 90 lb rubber Batman costume. Minimized, you need some kind of mask, a grey/black shirt with the logo, and a big belt. That’s very minimal, but it could covey who you are if you have the attitude to pull it off.

This also really works if you are sexying up the character. You have to know what details are required, which ones can be modified in a sexy way, and which ones can be tossed if they aren’t sexy. Superman needs the S, needs costume to be red and blue, here’s the original supergirl, and here’s the sexy version.

What Can You Do?

Do you want to just go to your closet and pickout stuff to wear? Or are you going to a costume store and buying something?

It’s pretty easy to go to Frankel’s and buy a Batman costume. Much less easy to build one, at least from my closet.

I thought about going as Inspector Gadget. Seems like a simple costume, trench coat and hat. I can do that easily. But…is he really Inspector Gadget if it doesn’t have some gadget thing boinging out of his hat or coat? Now it is more complicated.

If You Are Not a Geek

If you aren’t a geek you probably don’t have someone you want to be from the start. Instead you are going for something cool and it is more about what you can do and look good in.

What color is your hair? As mentioned above, blonde male supers are hard to find, but blonde females not so much.

Skin color? It is a geek debate about how few black superheros there are. But really for this party coming as a black superman is OK.

Or forget what you are now, change your color.

Just use makeup to make the big change. Harley Quinn is covered head to toe in red, black and white. You don’t have to be you.

A superhero has to have super powers. That doesn’t mean they have to be from Marvel, DC or a comic book.

In my eyes, Dr Who is a super hero. So is Neo from the Matrix.

For a costume party you want to pick someone that has a distinct look, but they don’t have to be a comic book hero. 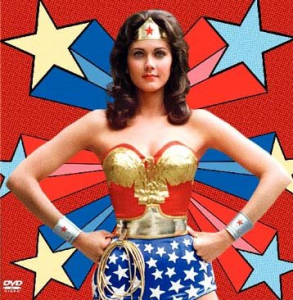 Didn’t you watch cartoons as a kid? Even if you aren’t a comic book geek you probably still have super heros in your head. What about Wonder Woman. Superman and Batman. All cultural icons.

Ladies the fact is if you come dressed in spiderman or batman underroos and high heels, the geeks won’t care about your non-canon costume. Guys if you’ve got the body for it, coming in University of Florida swim trunks and saying you are Aquaman might work. Of course the party is in January.

You don’t want to insult the geeks or the character, but if you can make fun of their superpower in a nice way that could work. Do all of Mr Fantastic‘s part stretch? Is 100% of the Thing’s body rock hard?

It is also a parody to go as the Flash if you are way rounder than that skinny character. It’s embracing who you are and who they aren’t. Which is fun and shows your own self confidence.

A Final Note To Non-Geeks

Do a little research. A lot of my friends, and a lot of people in general, are closet superhero nerds. You want to be able to talk intelligently about who you are. At the lease go read their wikipedia page.