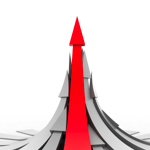 Went to lunch today with a coworker and we talked internet business and marketing. See I’m getting ready to launch a new business/web site real soon. It will take my passion for glamour photography and turn it into something I can hopefully make a living at. More details to come. Soon.

There were three main things that influenced and inspired me, and I thought they deserved a little blog time.

The first was Tim Ferris’ book The Four Hour Work Week. I realized just recently I read that book, and gave it to two of my co-workers, a YEAR ago. It did not seem that long ago. But it changed my way of thinking. I no longer thought success was having a multi-million dollar bank account to live off. Success was having enough income to let me live where I wanted, control my schedule, and do my dreams.

But like I said I read it a year ago and was no closer to achieving anything in the book.

Then there was SXSW and my discovery of Twitter. Me seeing the concept of micro celebrity and followings that I talked about before. Those peculated in the back of my head until I stumbled across Teaching Sells

Teaching Sells is the brain child of CopyBlogger.com’s Brian Clark. I’ve got great respect for CopyBlogger it is where I learned a lot about blog writing. So when Brian said he knew what the problems were trying to make money blogging and depending on Google, I believed him. I believed him so much I signed up for the course’s free trial with out even reading the free report

He gives a $1 one week trial for the site. Before my second day I knew I was staying at least a month, and I knew I was going to do this. The material is really good, if a little PC centric.

Since I was going to be starting an internet business, I decided it was time to reread Four Hour Work Week. While doing so I decided to take to heart one of principles in it. (Sorry forgot the name and I don’t have the book with me.) That principle said the work expands to fill the time you give it, so do give it any time.

I decided I’d focus and get this website read to go in a month. Even though I had no idea how to do that.

The only reason I decided on a month was because I discovered I needed to build up a demand via marketing before the site went live and started charging money.

So I decided to do a survey and drive traffic to the survey via friends in the market.

I also decided I needed a partner and approached one of my studio partners about being part of it. He was on board from the get go and assumes I know everything. Even though he has extensive experience in direct marketing in the real world, and is a great salesman.

Now I needed to learn internet marketing. But where? Well back when I was doing my Apologetics course I needed to learn podcasting and discovered Jan Van Orden’s website How To Podcast and subscribed to it in iTunes. In one of his podcast’s he mentioned two things.

One, he was living the FHWW dream by moving to Argentina for 6 months. He wasn’t doing a literal 4 hour work week, but he did have a business that didn’t require him to be in the states. So why not live in Argentina?

That was a epiphany for me. I don’t need to have a business that only takes 4 hours a week. I just need one that lets me live anywhere.

Second, Jason mentioned he had another podcast on internet business. So I subscribed to it. After the first episode, I was clicking the get button in iTunes like crazy to get back episodes. There is a ton of great information in this podcast.

I just forwarded my friend from lunch the URL for Internet Business Mastery not 10 minutes after he asked me what got me motivated to actually do, and not just talk about doing it. Low and behold they had a new post up titled What is the Tipping Point Between Thinking & Learning About Internet Business and Actual Success in Internet Business?. I haven’t even read or listened to it, but my friend went “Wow. How strange is that. I just asked you about this. Weird. I appreciate you sharing all this, man.”

I want to convey the same sentiment to the people mentioned in this post. Thanks for sharing this with me.